Good afternoon and Happy 2015.  I ran across this poem and I thought I would share it with you. Each year, our marriage/relationships offer new challenges. We must try harder and think of our marriages that way, and not allow issues of the past to hold us back.

With that said, I would like to ask you, what are the 5 things you would like to add to your marriage. Since you come to the marriage box starts out empty, how will you give, love, serve and honor your partner in the coming year to make sure it stays full?

On a drizzle filled Friday, I decided to drive to the NYC Marriage Bureau, about 15 miles from West Orange, the town that Jumpstarts Love.  I was there to see if the city would be interested in providing my marital education program to the hundreds of couples that enter their doors every day to tie the knot.

As I entered the double doors, the hair on my arms started to stand up. I thought it was strange since I was already married, but I couldn’t help but reflect back on my wedding 14+ years ago and all the preparations that went into making the day special. I just couldn’t get over the frenzy and excitement and future possibilities they were about to experience. The couples were all shapes, sizes and colors. They ranged from the being traditionally dressed to looking like they had just rolled over to the spot after a night out on the town.

One guy was nervous that his marriage wasn’t going to happen because his witness hadn’t showed up yet on this rainy afternoon. He asked me if I had time.

One thought that came to mind was that even though each couple had to stand in line and wait for their number to be called, there was a sense of peace and joy. Maybe it’s because these couples were simply there to celebrate marriage.

According to letsrunoff.com, some of the reasons why people elope is because it eases the stress of money and time it takes to plan a traditional wedding. Other reasons include:

My wife of 14 years would have preferred this type of matrimonial service than all the pomp and circumstance of our wedding. I didn’t listen. I wasn’t a coach back then so my listening skills weren’t as good as they are now.

So if you wanted to get married today, would you take a number?

Keith is a certified relationship coach and President of Strive 2 Succeed Coaching Services. He has over a decade of experience in the field, counseling and  individuals, couples, teens and their parents to help them improve their relationships and their ability to achieve their personal goals.  He works with couples to help them achieve the kind of relationship they envisioned when they first made their commitment to each other. Strengthening communication and  revitalizing their understanding and empathy for each other helps couples regain the romance and closeness they long for – even in their everyday “real” world.

Having a coach is like having a GPS for life. Keith can help you get a realistic picture of where you are and focus on the best path toward your goals.  Think you need a jumpstart and a plan to get back on track, call for an initial consultation at strive2succeed@comcast.net or call 201-486-4467.

1.       What was the initial thing that attracted you to your wife/husband?

She was very attractive and was someone who I hadn’t met before. I considered this a challenge.

2.       When was the moment that you can remember she was the one you wanted to marry?

We met in October and were engaged Christmas Eve the same year. It was sometime in November after we met that I told my roommate and friends, I was going to propose.

3.       In your 44 years of marriage what has surprised you the most about marriage?

That it takes hard work and you have to change your thinking and attitude about many things. It takes more give and take than I thought. Initially I thought man was head of household but I learned that it takes two to have a strong household and responsibilities. Over the course of the years our relationship and love evolved and continues to grow.

4.       What are the three things that have helped you maintain your marriage longevity?

My commitment to my wife and God when we were married.

Our love, friendship, values, and compatibility.

Keith (the bloggist), Alison and the grandchildren that followed.

5.       Knowing what you know now, would you have approached marriage in a different way early on? How?

Yes, I would have waited a year before I got married so we could have had a better chance to grow and know each other. I thought I was ready but I wasn’t completely. There’s more to marriage then being a provider.

I would have saved a little more money. When we decided to get married, I had $10 in the bank. My mother told me to wait, but I was in love and didn’t listen. SO, when we started we had no money, no decent wedding, or honeymoon. I should have waited until we had at least $100 in the bank.

The upside though was we learn to deal with financial crisis early in our marriage. So, there’s a purpose and blessing that GOD makes you go through.

6.       What are 3 things modern day couples should do in order to achieve longevity in their marriage?

Get the money thing straight.

Do things together on a monthly basis if possible.

Don’t be afraid to show and demonstrate your love.

If you haven’t noticed everyone is intoxicated by the upcoming Wedding. Not only because you are royalty, but also because you are both very attractive. In order for you to maintain the sense of attractiveness over time, you will have to break the mold of being conservative, and old-fashioned and appear attracted to one another in how you interact with the media and even more important with yourselves. William, when your Mom and Dad got married, it seemed the age difference might affect it and indeed it did as you rarely saw them together after several years unless it was for a public appearance.

Being the fact that both of you are young, that attraction, that spark, that passion will be clear and evident early in the marriage. It is certain after all the formal engagements, parties etc..their will be a lot of “shagging” going on. As years go by and you now have a few princes or princesses in the picture, it will go a long way for the two of you to continually love each other and that you love being together sexually. It will take a conscious effort to make romance and intimacy a priority so the malaise of marriage doesn’t set in.

What you don’t want to see is the fond memories of this blessed, historic event become an albatross around your neck. This can occur if you allow the word friend overtake the word lover, if everday demands replace dating, and finally if you are more concerned about parenting than passion.

So Will and Kate, as you become more comfortable and stable in your marriage, how will you maintain romantic side?

Here are 4 tips that will help intimacy alive and often. Discuss these topics together:

1. Share power equally – this will help maintain a sense of balance. If one  of you feels inferior to the other in the marriage and even in the bedroom it will lead to unfulfillment and disconnection.

2. Make the conscious effort to serve the other. Take a submissive approach, and committ to pleasing the other despite the daily obligations that can often take over daily life. Romance and intimacy is more than just flowers, candelight dinners and swooshing in the Alps. It’s how you think about the other, touch, conversate.

3. Feel open to talk about sex. Even though you may have great communication in other areas, don’t hesitate to talk about something that we view as pleasurable, sex. If you decide early on in your marriage to talk about what you like and dislike about sex, it will become easier to discuss exploring different aspects of sexuality over the years. Since this is your partner for life, you will have to try different things to keep sex exciting and spontaneous. Discuss these topics:

Once you have established and become more comfortable keeping the aspect of romance and intimacy in your life, the connection will become effortless and even more enjoyable as your marriage grows. 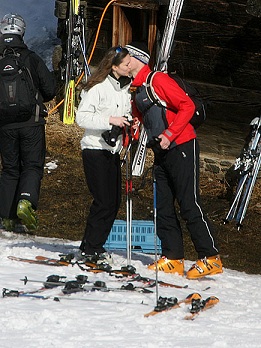 I know the festivities are getting close with the rehearsal dinner last night..We  only have one more session left and I will share it with you in the early morning before the wedding. Get a good night’s sleep.

I know you make think this is a typo, but for the month of March I am declaring it “Marriage Madness.” I am going to incorporate my love for college basketball with my love of relationships/marriage. I love

NCAA tournament so much that I usually take the first two days off to watch as many games as possible. It’s a wonderful experience watching the last second shots and the underdog messing up everyone’s tourney bracket (including my own) until ultimately a champion is crowned.

In all seriousness as part of “Marriage Madness” I  am going to focus specifically on one topic that can really leave our relationship in a state of madness, our finances. As a relationship coach, I am going to prep my couples as if you were players on my team. I will post one blog about the topic on the today and next week in preparation for Monday March 14th, the week of the tournament. Then I will post specific topics and exercises that will help you as a couple get on track so you can win the ultimate prize, The Best Marriage in the Country.

In order to prep for the tournament,click on the link for our survey. The survey will give you an idea of the topics that you need to discuss as a couple. The survey is not meant to make you uncomfortable, but to open the lines of communication. Answer the series of questions based on a scale of 1-10 with 10 being the best.

Team, I look forward to going into battle with you to win the ultimate crown. Financial Freedom in our Marriages.