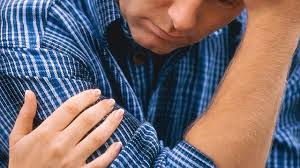 I meant to blog about this issue, after the attacks on Newtown, CT., but now that a terror attack has hit our country again it’s time to raise the issue.

We can never plan for tragedy as a couple, but when somehow our children are taken away from us it can destroy an already splintered relationship.

In today’s post, an article comes from Kelly Sons a freelance writer of 16 years. She regularly gives lectures on her nonfiction book of women on death row.

While some couples don’t make it through the loss of a child, many marriages actually survive the tragedy, statistics show. Only 16 percent of all couples that experience the death of a child get divorced. Less than half of those divorced reported the death of their child as a factor in the decision to divorce, according to studies by the parental grief support group “The Compassionate Friends” the nation’s largest bereavement organization.
“There is no question in my mind that the number of marriages that fail is considerably less than 20 percent,” said Wayne Loder, public relations coordinator for Compassionate Friends and father of two children who were killed in a car accident. “We have learned that while the death of a child can strain a marriage it doesn’t usually end in divorce. Most married couples that experience this kind of devastation pull together and some even become stronger.”

Loder credits the bond that is created between the couple who has lost a child. But that doesn’t mean there aren’t challenges for married couples facing the pain of that loss while trying to maintain a family. Among the issues: how to parent their other children, blame and guilt they may feel themselves or toward their partner or anger because of the loss. It can take two years to begin to heal. Each couple has a different time frame.

“Many factors play into the final effect a child’s death has on a marriage,” Loder said.

Charlotte M. Mathes, psychoanalyst and member of the American Association of Marriage and Family Therapists, said a grieving parent may feel unable to deal with the emotional roller coaster of losing a child. She advices couples struggling with a child’s death to consider these tips:

1. REALIZE THERE IS NO RIGHT WAY TO GRIEVE.
Even if a specific practice or ritual seems very therapeutic and affords one spouse great comfort, it may have the exact opposite effect on the other spouse, causing more sadness. “Grieving differently and being unable to acknowledge or understand the other spouses grief causes the most problems in a marriage,” Loder added.

2. ACCEPT THAT CHANGE IS INEVITABLE AFTER THE DEATH OF A CHILD.
Responsibilities and routines may change in areas of life related to the lost child but in many other aspects as well.  Rhonda Hartman, a single mother of three, who lost one of the children, a son, days after his birth, explained; “I couldn’t handle the changes after Bastion’s death. We had to move from the home I’d been pregnant in and I couldn’t understand how I could be expected to do that. Why didn’t people understand?”

3. AVOID PLACING BLAME.
A serious marital trap after the death of a child is placing blame. Feelings of resentment often occur between parents but can be dealt with in a healthy manner. Realize that reasoning is often clouded by grief. Anger is dangerous and hinders healing. Communication techniques such as expressing yourself with phrases like “I feel bad when you say…” instead of “You make me really mad when you say…” keep blame from the conversation.

4. SHOW YOUR LOVE FOR ONE ANOTHER.
Commonly, men feel loved when they feel they are valued. Women feel love when they are shown compassion. Sex plays a very unique role with each gender. Men often need sex to feel loved by their wife while women may feel that sex is wrong after such a loss, but their need to touch may become more prominent.

6. TALK TO EACH OTHER.
Communication is the key. If couples keep talking through the grief and their feelings for one another, the tragedy can actually become an experience that makes the marriage stronger in the long run.

There are no quick fixes for a couple dealing with the death of a child, experts say. Recovering from a child’s death is a long and painful process that only time can facilitate. “I have seen marriages that were in trouble before a child died be repaired through the grieving process,” Loder said.
I will resume 5 Lessons about your marriage kids Learn by your Example – Part 3 tomorrow. My #ilovestrong prayers go out to all the families that were affected in this tragedy.
Coach Keith
Loading Comments...