Now that Thanksgiving is over, we are quickly moving to the Christmas holidays and ringing in 2014. So that means countless office parties, winter weddings and holiday soirees, What that also means is that means another opportunity to meet the love of your life, or to end another year where you will check “single” on your 1040-EZ form.

Fear of being alone can cause people to make bad choices when it comes to relationships. In fact according to a  new study by the University of Toronto (U of T) study has found published in the December edition of the Journal of Personality and Social Psychology found fear of being single is a meaningful predictor of settling for less in relationships among both men and women.

“Those with stronger fears about being single are willing to settle for less in their relationships,” says lead author Stephanie Spielmann, postdoctoral researcher in the University of Toronto’s Department of Psychology. “Sometimes they stay in relationships they aren’t happy in, and sometimes they want to date people who aren’t very good for them.” She adds, “Now we understand that people’s anxieties about being single seem to play a key role in these types of unhealthy relationship behaviors.”

“In our results we see men and women having similar concerns about being single, which lead to similar coping behaviors, contradicting the idea that only women struggle with a fear of being single,” says co-author, Professor Geoff MacDonald of the University of Toronto’s Department of Psychology. “Loneliness is a painful experience for both men and women, so it’s not surprising that the fear of being single seems not to discriminate on the basis of gender.” 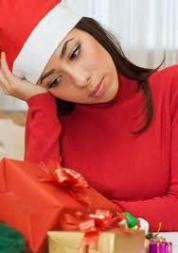 So if you fill the tug at your heart to settle for someone who might not be worthy of your time, Here are some tips to avoid a potential bad choice.

Strivers has there ever been a time where you wanted to get into a relationship out of fear of being alone? What did you do to avoid it?

Let’s make the holiday season a great one.