I usually don’t blog about the latest events on TV unless absolutely necessary, but a show that I watch had a very important topic that I felt my fellow Strivers would want to discuss.

In last night’s episode of Parenthood, Julia Braverman-Graham, played by Erika Christenson, best known for playing the crazy young Madison Bell on Swimfan confesses to her husband, Joel Graham (Sam Jaeger) that she was kissed by Ed (David Denman from The Office). 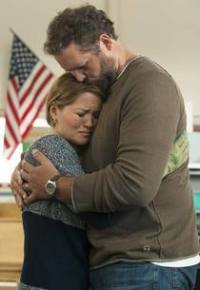 What struck me about the issue was the raw emotion that was portrayed when a partner s feelings that their marriage isn’t right becomes realized when the truth is revealed by the other.

Later in the episode, as Julia attempts to reconcile with her husband and to “fix” things as she so often does mentions that she has contacted a marriage counselor for help. Joel vehemently admits that counseling isn’t necessary. He states, “No, I don’t want to see a marriage counselor because the problem isn’t the marriage, the problem is you!” “Ever since you lost your job, I don’t even know who you are.” He ends with, “You want to fix it, but I don’t think it can be fixed.”

Powerful words coming from the man who originally wasn’t the breadwinner in the family due to his wife’s profile job, but was given the opportunity to do step up and he paid for it.

One item I would like to discuss was that he felt that his wife hadn’t been the same since she lost her job, but he never discussed it with her?

Should he have done so? If that happened in your relationship, how would you have address the life change?