In honor of the Big Man, Clarence Clemons, I figured I would feature a Bruce song for my Marriage Music Monday segment. Not being a connoisseur of his music, there was only one song I could think of, “I’m on Fire.”

It’s about a man that longs for the affections of  a married woman. She kind of likes him in a way, but never acts on his flirtatious advances.

You may think this song would be more appropriate for ‘Uh oh, watch out Music Monday’, or ‘they are on their way to an affair Music Monday’, but it doesn’t always have to be so serious. It was clear the young sophisticated woman was attracted to the young strapping mechanic, but did she act on her feelings? No! Did it diminish her marriage? No!

At times, you may question yourself, or the motives of your spouse when it comes to their actions with the opposite sex. Should I be concern if he/she get their hair cut by the same stylist, or your make sure he/she go to the same Starbucks because they know there is only one cute barista that makes their soy mocha java the right way.

My wife could’ve have clearly cut me for the way I use to stare at women and she did on several occasions. But, as our marriage and our connection grew deeper, she realized that it was just part of my make-up, and I realized where my bread was buttered. I like see women who are put together especially when they have beautiful feet. 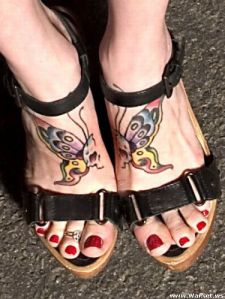 If your marriage is new and you have these types of feelings, you may think its missing something. How could I be attracted to him? Did I marry the right girl? How could I be excited to see this woman once a week? It doesn’t mean anything is missing in your marriage, it just means that you have human passions, and feelings. It also means your eyes work.

As long as you don’t act on them or try to pursue them, those feelings that are intense right will eventually fade.

Now if they don’t, you may need to find a new stylist or a different Starbucks.

Make it a great day.

Direct all comments at the bottom of this post, or if you have something more personal, e-mail me at strive2succeed@comcast.net.